A technical seminar entitled “Quality food products linked to geographical origin and traditions in South and Eastern Europe“ was organised by the Ministry of Agriculture, Forestry and Water Management of the Republic of Serbia and FAO, and Association for Agricultural and Rural Development,Agridea, and a consultancy “Seedev”, and was held in Belgrade on 3rd and 4th December.

During this teo day seminar the representatives of the national institutions from South Eastern Europe like the Ministry of Agriculture, Manufacturers Association, NGOs, FAO and the European Commission were discussing previous accomplishments, possibilities, problems and needs in the area of production, protection, placing on the market and marketing of foodstuffs with protected geographical indication.

The general opinion was that the manufacture and protection of geographical indication of traditionally manufactured food is of significant importance to the promotion and preservation of tradition of South Eastern Europe due to the diversity of technologies used in manufacture, processing, recipes, cultural heritage and specifics of natural factors present in the territory of the Balkans that would include tourism as possibly the best way to promote such food.

The lectures given by the representatives of agencies and consultancies pointed to the experiences gained worldwide, including the region of South Eastern Europe, during long period of implementation of such manufacture and protection of products with defined geographical indication.

In addition to the experiences of the countries from this region (Croatia,  Macedonia and Bosnia & Herzegovina), our representatives presented their activities, experiences, problems and expectations in this domain as regards products like Futog cabbage, Leskovac ajvar and Kraljevo milk cream.

Conclusions and recommendations made in the closing stage of the seminar, including those deriving from discussions of theme working groups, point to a necessity for improvements in education and competence of manufacturers. It would result in establishment of a larger number of manufacturers associations that will act as a driving force protecting the geographical indication of their own products, work on the organisation, media promotion of comparative advantages of such manufacture, finalisation of institutional assumptions necessary for the validation and control of such food production and placing of those largely specific products on the market.

The Accreditation Board of Serbia recognised its future role in the domain of competence assessment, i.e. accreditation of conformity assessment bodies performing certification of products having protected geographical indication.

Bratislav Milošević, MSc, attended the seminar on behalf of the ATS. 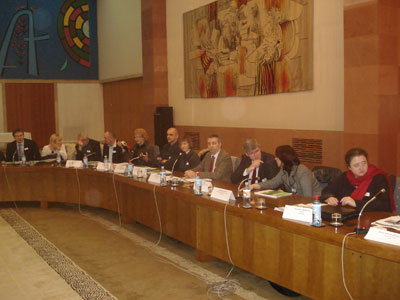