In the period between 31st May and 3rd June, JUSK, EOQ and ecoQ, Greece, organised the 7th International Convention on Quality – JUSK ICQ 2010, the motto of which was– QUALITY FOR EUROPEAN AND WORLD INTEGRATIONS. The Convention was held at the Faculty of Mechanical Engineering and this was an opportunity to celebrate the 48th anniversary of JUSK. There were 426 registered participants from 12 countries, while 146 papers were accepted and 131 of which were presented.

The following participants were present at the opening ceremony and gave opening addresses: Prof. Miloš Nedeljković PhD, Secretary of Science and Technical Development, Zoran Lekić, representative of the Slovenian Quality and Excellence Association, Dejan Krnjajić PhD, Director of the Accreditation Board of Serbia, Vida Živković MSc, Director of the Directorate of Measures and Precious Metals, Prof. Milorad Milovančević PhD, Dean of the Faculty of Mechanical Engineering in Belgrade, and Aleksandar Radosavljević, manager of the key sponsor - Carlsberg Srbija. A large number of participants attended the opening, while JUSK ISQ 2010 was officially opened by Jelena Popović, Assistant Minister at the Ministry of Economy and Regional Development.

There followed Dr Isaac Sheps’s lecture, Carlsberg UK Limited, UK, on the subject of the future developments of ISO 9001 and new requirements of the said standard.

The first Special Conference dedicated to the national metrology system was held on the first day of the JUSK Convention. Colleagues from the Directorate of Measures and Precious Metals presented new legal solutions in the field of metrology, experience in the field of calibration of measurement standards for direct voltage, time and frequency, and the results of DMDM’s participation in regional key comparison for overflow pipettes that was implemented as part of the EURAMET Project.

On 3rd June, the Accreditation Board of Serbia hosted the second Special Conference entitled “National accreditation system – current prospects and future development” during which new technical regulations in the Republic of Serbia were presented, and EU experiences of Machinery Directive implementation. This part of the conference was held as part of the EU funded Project entitled “Technical Assistance to Quality Infrastructure Institutions in the Republic of Serbia”, while Mr George Tsorbatzouglou addressed the participants on behalf of the Project.

- Tasks of the Ministry of Economy and Regional Development in the field of quality infrastructure and notification of conformity assessment bodies – current prospects and future plans, Jelena Popović, ,MoERD Assistant Minister;
- Role of bodies assessing the conformity of machines and requirements for the notification thereof, Mirko Đapić PhD, expert in new approach – machinery safety;
- Experiences from Slovenia relating to the work of notified bodies in the field of machinery directive, Janez Furlan, Slovenian expert in new approach – machinery safety

The second part of the conference was dedicated to the new activities of the ATS, importance of providing quality test results by means of inter-laboratory comparisons and PT schemes, and voluntary certification schemes. 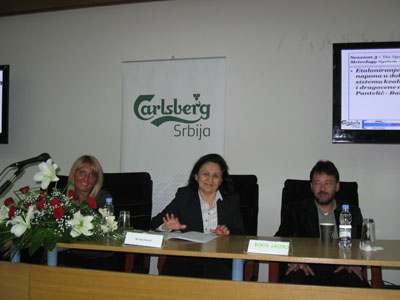 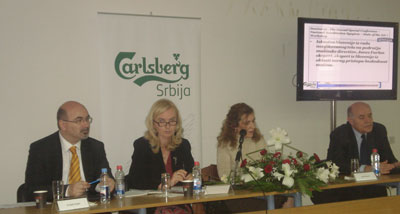 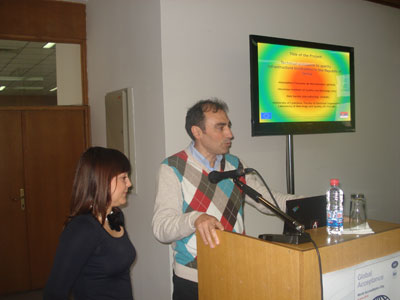 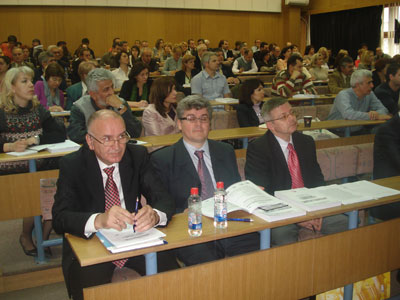 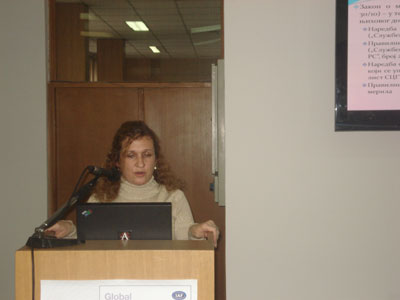 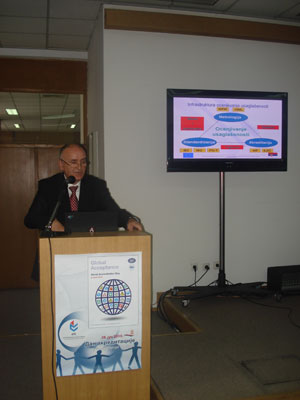 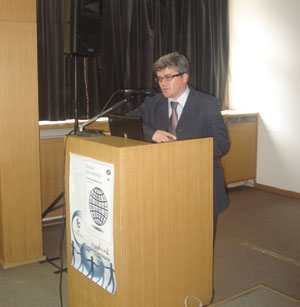 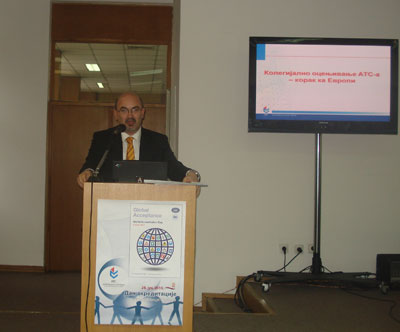 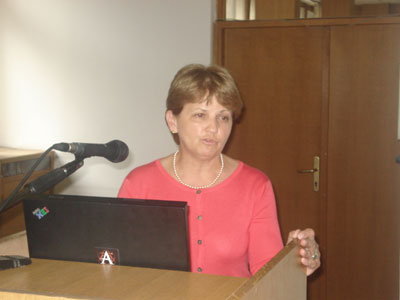 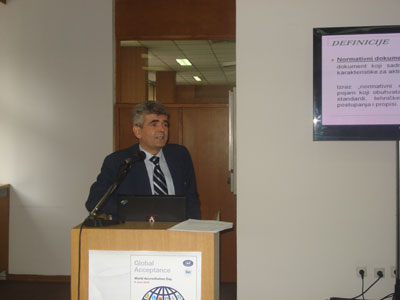