In the period between 9th and 10th November the 19th event dedicated to the World Quality Day and European Quality Week 2010 was held in Sava Centre. It was sponsored by the Ministry of Economy and Regional Development of the Republic of Serbia, ...

and organised by the Fund for Quality Culture and Excellence, FQCE, and Poslovna politika AD (Quality Magazine).

The session entitled “Quality Will Lead Us to the World” took place as part of this event, whereas international participation of this session was provided. The central event at the World Quality Day and European Quality Week 2010, Quality Award 2010, will be held on 11th November at the Serbian Chamber of Commerce.

In the course of the session entitled “Quality Will Lead Us to the World” that was held in the period between 8th and 9th November a series of lectures was given, and these lectures gathered numerous experts in quality and business excellence, science and economy, representatives of accreditation bodies, Quality Managers from companies and institutions all over Serbia and neighbouring countries aiming at presentation of new trends and requirements on their path to business excellence and exchange of experience.

Dejan Krnjaić PhD, Director of the Accreditation Board of Serbia (ATS), gave a lecture on the subject of “Harmonisation and Integration of Accreditation System in the Republic of Serbia with European and World Systems” (Dejan Krnjaić PhD, Natalija Jovičić Zarić MSc) where he gave a short introduction to: importance and status of accreditation in the EU and the rest of the world, uniform world accreditation network, international agreements and organisations for accreditation and legislative framework governing the said field (global approach, new EU legal package).

Mr Krnjaić informed the present participants that after the application for peer evaluation had been sent to the European Cooperation for Accreditation (EA), a pre-evaluation visit took place in the period between 2nd and 5th March this year. On 27th August this year the ATS sent the new application to extend the scope of EA MLA/BLA and include accreditation of medical laboratories, certification bodies certifying management systems and certification bodies certifying products. It is expected that EA peer evaluation will take place early in 2011, whereas it will be followed by the signature of EA MLA which is a priority objective for the ATS.

While presenting the new Law on Accreditation that was adopted by the Serbian Parliament on 12th October 2010, Mr Krnjaić emphasised that the new law stipulated that, as a general rule, accreditation was voluntary. On the other hand, a separate law can stipulate that accreditation shall be mandatory. It is anticipated that the ATS will have a legal status of an institution the founder of which is the Republic of Serbia, while the provisions of the Law on Public Services will be applied thereto. The ATS will have to fulfil the requirements of the Serbian standard stipulating general requirements for accreditation bodies and apply principles of independence and non-competition. Mr Krnjaić expressed his optimism caused by the adoption of the new Law and said on that occasion that the solution proposed in the Law would lead to the harmonisation with the EU legislation (Regulation (EC) No 765/2008), WTO rules and Agreement on Technical Barriers to Trade (TBT), European rules and practice, and with requirements of SRPS ISO/IEC 17011. Additionally, it will be necessary to put in place impartial and transparent methods relating to performance of accreditation activities in the Republic of Serbia. “All the said activities will create conditions enabling signature of the multilateral agreement with the EA on mutual recognition and acceptance of accreditation process equivalence. This is the last law in the series of laws governing quality infrastructure in the Republic of Serbia, whereby one of the necessary preconditions for the EU accession will be met”, said Mr Krnjaić.

During the introductory part Ms Jelena Popović, Assistant Minister in the Ministry of Economy and Regional Development, addressed the present participants and opened the conference. She emphasised that five key laws in the field of quality infrastructure were adopted so far (Law on Technical Requirements for Products and Conformity Assessment, Law on General Product Safety, Law on Standardisation, Law on Metrology, Law on Accreditation). The adoption of the last one, Law on Accreditation, finalised the process aiming at the application of the new business concept in Serbia. Furthermore, accompanying sub-laws were adopted to contribute to the establishment of free market and removal of technical barriers to trade (Regulation on the Manner of Appointment and Authorisation of Conformity Assessment Bodies (98/09); Regulation on the Manner of Performance of Conformity Assessment, Content of Certificate of Conformity, and Form, Appearance and Content of the Mark of Conformity (98/09); Regulation on the Manner of Recognition of Foreign Certificates and Marks of Conformity (98/09); Sub-law on the Manner of Placing Certificates of Conformity on Products, and the Use of Marks of Conformity (25/10); Sub-law on the Content and Manner of Keeping Registries pertaining to Technical Regulations (33/10) and 3 sub-laws transposing EU New Approach Directives into our legislation, whereby technical and other requirements shall be laid down for certain products or group of products), and it is expected that transposition of the fourth directive would take place by the end of the year by adopting the Sub-law on Lift Safety.

Jelena Popović emphasised that activities were being intensified to upgrade capacities of the three institutions: Institute for Standardisation, Directorate of Measures and Precious Metals, and ATS. Ivan Krstić, Director of the Institute for Standardisation, also tackled this topic in his introductory presentation and emphasised that the Institute would, by the end of the year, adopt about 10,000 European standards on its path to European integrations, and that it would in the next two or three years adopt the remaining European standards the number of which amounts to about 20,000.

Detailed information about the National Business Excellence Award can be found at www.fqce.org.rs 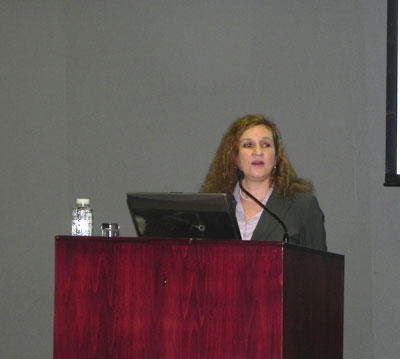 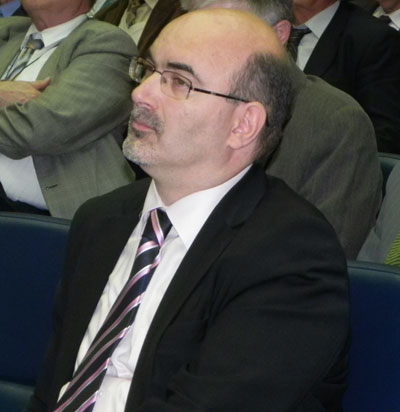 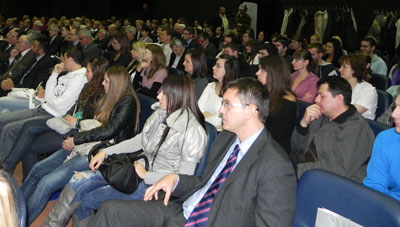