On 27th May 2014, the Accreditation Body of Serbia (ATS) signed, at the 33rd meeting of the EA General Assembly meeting, the new EA Multilateral Agreement (EA MLA) that, in addition to testing, calibration, inspection and product certification, now includes certification of management systems and certification of persons. Signing of this Agreement enabled ATS to become the first national institution the operation of which was harmonised with the EU legislation and international standards and hence recognised by relevant EU institutions.

After formal signing of the EA MLA, ATS will also submit the new application to the International Accreditation Forum (IAF) to extend the scope of the IAF MLA that ATS signed on 25th October 2012 (for product certification) so that the new one could now include certification of management systems.

These agreements are signed on the basis of a peer evaluation that is conducted by a team of EA experts in specific fields of accreditation to evaluate the compliance of established accreditation system in accordance with the requirements of ISO/IEC 17011 containing requirements for the operation of national accreditation bodies and CAB competence assessment, relevant requirements of the EU legislation (Regulation (EC) No. 765/2008), and with guidance documents of international organisations for accreditation (EA, ILAC and IAF). Such a uniform approach used to determine competence of CABs worldwide enables countries to sign mutual agreements on the basis of evaluation and recognition of accreditation systems whereby reducing the number of unnecessary product controls in international trade and creating conditions for free movement of people, goods, services and capital.

Networking of the Serbian accreditation system with those of the EU and other countries in the world ensures recognition and acceptance of results of conformity assessments carried out in Serbia. Membership in the said international organisations for accreditation is needed given that it is one of the preconditions for full EU integration of the Republic of Serbia and WTO membership.

It would not be possible for ATS to achieve this success without its accredited CABs, assessors and experts, Ministry of Economy as its respective ministry, and colleagues from projects funded by EU and Federal Republic of Germany. We were also given great support from our DMDM and ISS colleagues who worked with us side by side to help us upgrade entire quality infrastructure in the Republic of Serbia. 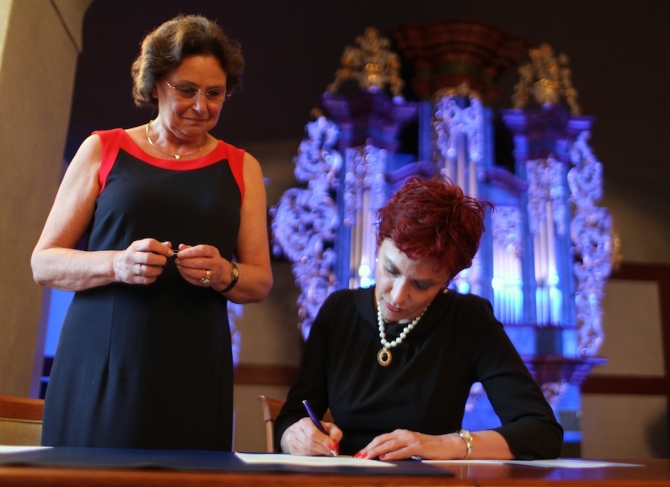