The Joint Commission (JC) for Economic Cooperation between the Republic of Serbia and Hungary 10th meeting of was held in Budapest from 12 to 13 November 2019. On that occasion, the 2020 Action Plan between the Accreditation Body of Serbia (ATS) and the National Accreditation Body of Hungary (NAH) was signed, among other things. Co-presidents Goran Knezevic, Minister of Economy of the Republic of Serbia, and Péter Szijjártó, Minister of Foreign Affairs and Trade of Hungary were the chairmen of the delegations.

The legal grounds for the meeting is the Agreement on Economic Cooperation between the Council of Ministers of Serbia and Montenegro and the Government of Hungary ("Official Gazette of SCG - International Treaties", No. 10/2005). Pursuant to Article 4 of the Agreement, the JC was established to monitor the economic cooperation of the two countries, identify new opportunities and propose activities for its improvement, as well as to  remove any barriers that may be formed while implementing the Agreement.

According to the arrangement with Hungary, the two-day JC meeting  was held in the form of a plenary session and working groups. It included the analysis of the former and the proposals for further development of cooperation in the areas of mutual interest, namely: development of business activities (trade, investments, consumer protection, cooperation of the chambers of commerce); traffic and infrastructure; border control and border crossings; operational cooperation in the field of internal affairs; energy and mining; agriculture, forestry, and water management; environmental protection; regional and cross-border cooperation, tourism, medical and pharmaceutical industry, financial cooperation, information and communication technologies, cooperation in the area of labour, employment and social affairs and its innovation and technological development as well as the innovation and technological development in general. Simultaneously with  the meeting, the Serbia-Hungary Business Forum, organized by the Chamber of Commerce and Industry of Serbia and the Hungarian Export Promotion Agency, was opened by the JC co-presidents.

Signing the Action Plan for 2020 followed the successful implementation of the Memorandum between the two accreditation bodies. In the previous period (during 2018), a workshop and bilateral meeting  dedicated to discussing issues related to the transition to the new editions of ISO / IEC 17025: 2017 and ISO / IEC 17011: 2017 was held. These activities have contributed  immensely to improving further harmonization in the implementation of accreditation schemes and improving mutual understanding with accredited conformity assessment bodies. The Action Plan was signed by prof. Aco Janicijevic, Ph.D. who is the ATS Acting Director and Miklos Devecz, the director of NAH.

Signing the Action Plan for 2020 is the result of fruitful and effective cooperation between these two accreditation bodies, which influences enlargement and other regional bilateral agreements. This also contributes to the activities of the ministries focused on developing quality infrastructure in their countries. 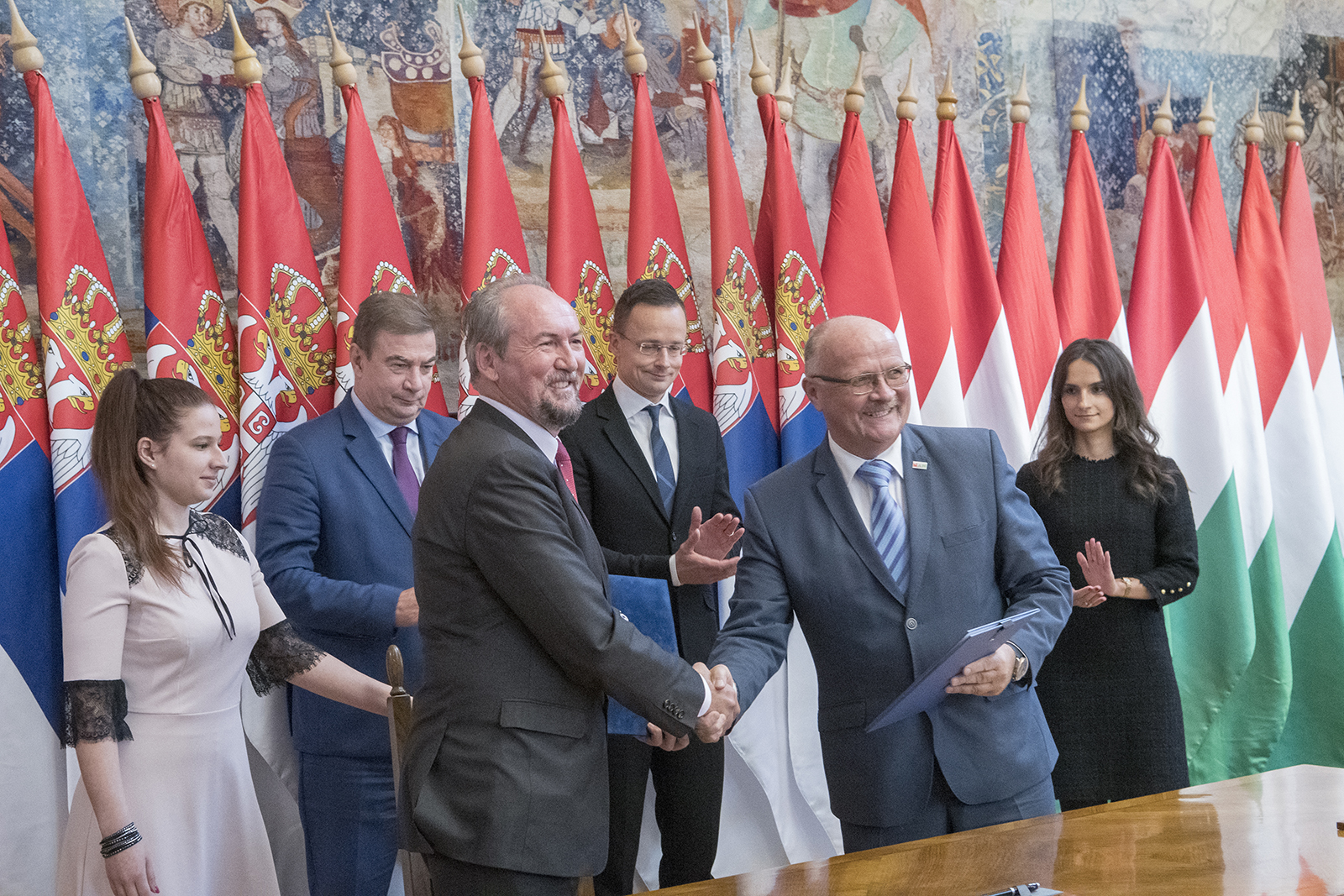 Goran Knezevic, Minister of Economy of Serbia, and Péter Szijjártó, Minister of Foreign Affairs and Trade of Hungary, prof. Aco Janicijevic, Ph.D. who is the ATS Acting Director  and Miklos Devecz, General Director of NAH.