The guests were first welcomed by Jasna Stojanović, ATS Acting Director, who thanked, first of all, the ATS employees for their dedicated work that led to signing of the Multilateral Agreement of the European co-operation for Accreditation - EA (EA MLA), and Dejan Krnjaić PhD who was the ATS director during the most important years for the ATS development and international recognition. J. Stojanović stressed that she believed in the competence and integrity of our accredited conformity assessment bodies (CABs) and repeated that the accreditation keyword was trust. 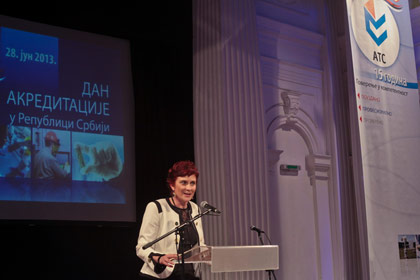 Freek Janmaat, Head of European Integration Section, Delegation of the European Union to the Republic of Serbia, said that the European Union had reported the significant progress in the field of accreditation, especially when it comes to the adoption and implementation of key legislation governing this field. It is therefore only logical that free movement of goods, including accreditation, is part of Chapter 1 of the NPAA, and Freek Janmaat said that Serbia was nearer to the EU membership. 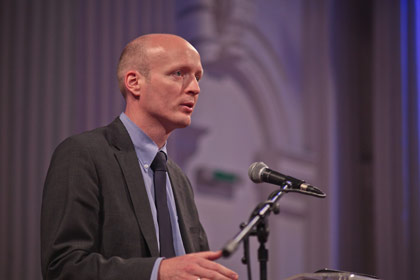 Thomas Facklam, EA Chair, briefly presented the history and origin of the most important international organisation for accreditation from our perspective – EA and explained the significance of signing the Multilateral Agreements of the international organisation for accreditation (EA, International Laboratory Accreditation Cooperation (ILAC) and International Accreditation Forum (IAF) since these enabled free trade and removal of barriers to trade. He explained that he was very proud that he signed the certificate confirming full EA membership of ATS and said that he hoped that results of the peer assessment to be held in September would be positive, and confirmed that EA was working on improving the peer assessment system in order to justify trust in competence of national accreditation bodies. He congratulated ATS on its dedicated work and explained that he hoped that ATS would achieve even better results and keep improving its mode of operation. 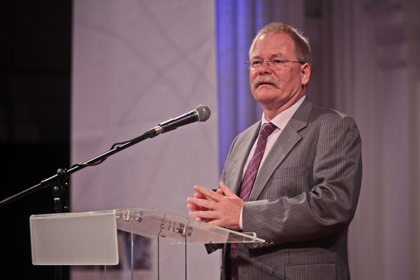 Biljana Tomić, Head of the Department for Legal and General Affairs, presented 15 years of ATS from the Federal Standards Institute when a decree establishing the national accreditation body (JUAT at the time) was produced and she explained historical background - from JUAT through the Accreditation Board of Serbia and Montenegro to ATS. She emphasised that, in the beginning, ATS was helped by experts from various fields of quality in order to achieve today’s success. She emphasised the contribution that was made, first of all, by more than 50 employees in the past 15 years given that their selfless service to ATS, hard and dedicated work helped ATS achieve a lot in such a short time. It is also important to emphasise that ATS is proud of its "family" of assessors, technical assessors and technical experts without whom this success would not have been possible. Therefore, ATS sent them the certificates in acknowledgement of successful cooperation during these 15 years. 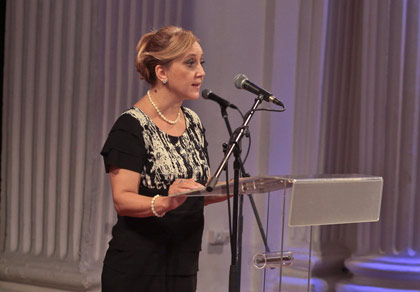 After the lectures special certificates of successful cooperation and assistance in developing the accreditation system in the Republic of Serbia were presented to persons without whose support the upgrade of the quality infrastructure system would not have been possible. 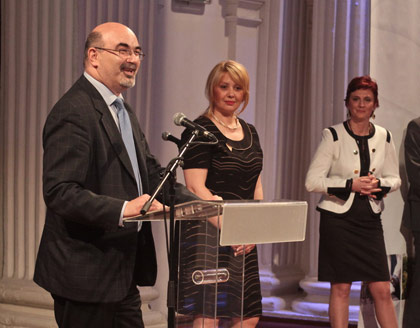 Jelena Popović MSc, Deputy Minister, Sector for Quality Infrastructure, Ministry of Finance and Economy, stressed the importance of developing not only accreditation in the Republic of Serbia, but a modern quality infrastructure system that could be on the same footing as others. 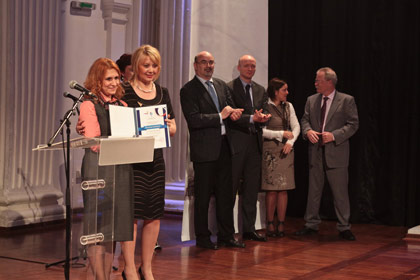 The certificate was also presented to Vida Živković MSc, Director of the Directorate of Measures and Precious Metals (DMDM), who had written the first procedures for the accreditation of calibration laboratories while she was the ATS Deputy Director. It comes as no surprise to learn that Vida Živković still feels, as she pointed out, as if she still were an ATS employee given that the cooperation between ATS and DMDM is exceptional as metrology and accreditation have to develop jointly. 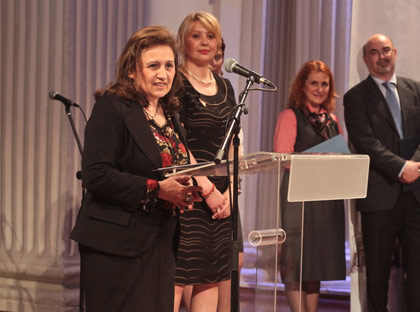 Ivan Krstić MSc, Director of the Institute for Standardization of Serbia (ISS), thanked the ATS Acting Director, Jasna Stojanović, for this honour and congratulated all ATS employees the fifteenth anniversary and wished them success in their future work. 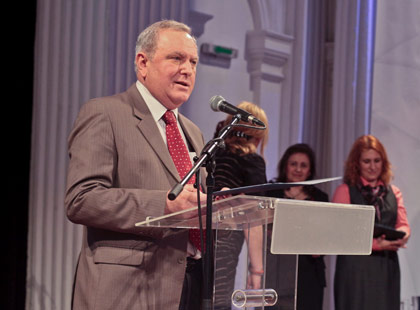 Vidosava Džagić, Vice President of the Serbian Chamber of Commerce, confirmed that ATS had achieved great success by becoming a full EA member and thus confirming the motto of this international organisation "Tested once - accepted everywhere". 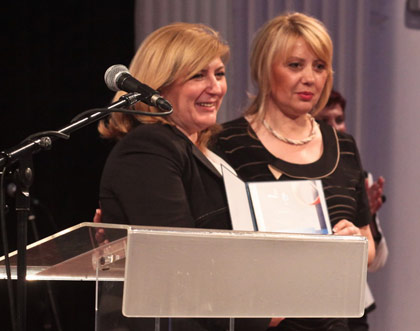 Prof. Slobodan Petrović PhD, as the first Chairman of the ATS Management Board, was very proud to have received the certificate and wished ATS and its employees much success in their future work. 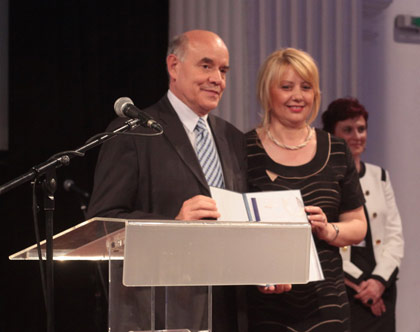 Helmut Mairhofer, Head of the Quality Infrastructure Component, GIZ / ACCESS programme for private sector development, stressed that the preparation for the second phase of his project was in progress and that he was very proud to be able to contribute to the further development of ATS through the activities and training to be implemented in the following phase. 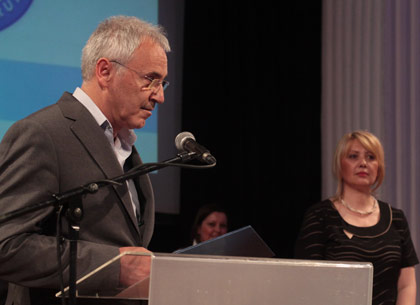 Stefanie Reichertz, representative of the PTB project, expressed her satisfaction with the excellent cooperation with our experts who were her project partners and stressed that their knowledge was at a high level as evidenced by the reports of her colleagues after a visit to Serbia. According to her, our experts will no longer need the assistance of foreign experts, because we are ready to develop our own quality infrastructure system. 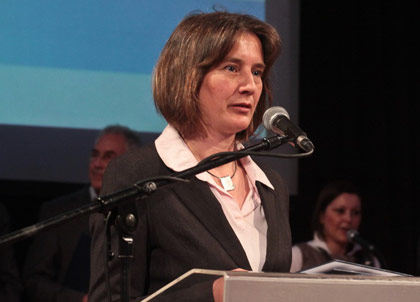 David Norris, Team Leader of the regional IPA 2011 Project, expressed his satisfaction with the successful cooperation with Serbian partners and emphasised that the during the nine-year cooperation a lot had been done in the field of quality infrastructure and that Serbia had been recognised as a reliable EU partner. 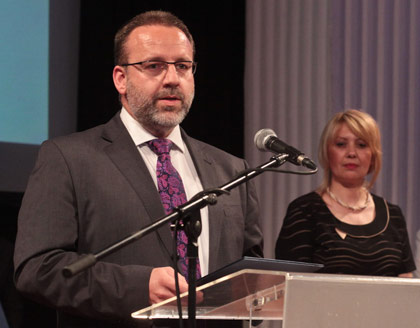 Snježana Pupavac MSc, Chair of the ATS Management Board, welcomed the participants when they were reminded how important it was to establish the Association of Accredited Conformity Assessment Bodies within the Serbian Chamber of Commerce given that it was the EU requirement to be met. 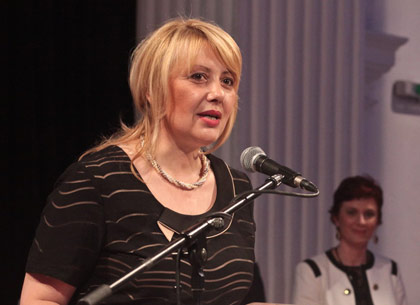 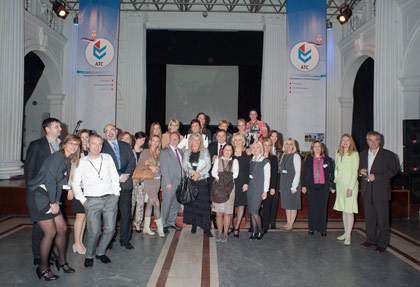 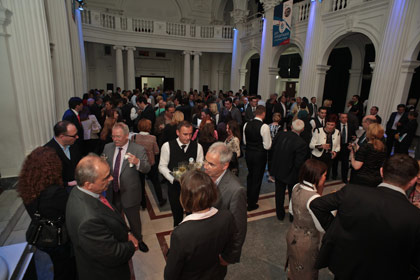