A regional conformity assessment workshop was held in the period between 6th and 9th November 2013 in Opatija, Croatia, as part of the regional IPA 2011 project “Quality Infrastructure in the Western Balkans and Turkey”. The workshop was a part of day 2 of the 9th International Conference “LABORATORY COMPETENCE 2013” that was organised by the Croatian Laboratory Association (CROLAB) and supported by the said project. The main conference topic related to laboratories and their cooperation with competent authorities, faculties, institutes, agencies and business community from the perspective of the EU membership of Croatia and possibilities to upgrade cooperation between laboratories in the region. Moreover, CROLAB is celebrating its tenth anniversary this year.

The regional conformity assessment workshop was attended by the representatives of national accreditation bodies (NABs), national metrology institutes (NMIs), respective ministries, and representatives of CAB associations from IPA 2011 project beneficiary countries from the region (Albania, Bosnia & Herzegovina, UN 1244 Kosovo, FYRM, Serbia, Croatia, Montenegro) and Turkey. Special emphasis was on the cooperation between NMIs and NABs, whereas current and planned regional cooperation upgrade initiatives were presented. One of the workshop objectives pertained to proposals of the future support to the Quality Infrastructure by means of the IPA project follow-up that would be presented to the project Co-operation Committee members, European Commission and EFTA at a meeting in Brussels on 20th November 2013.

Second workshop topic pertained to the activities and exchange of experience between existing national CAB associations in the region, first of all in Croatia, FYRM and Turkey, and recently in Bosnia & Herzegovina and Serbia. In addition to experiences of the colleagues from the countries in the region, experiences of the Turkish associations TURKLAB and UDDER were also presented. Initiatives and possibilities for the establishment of associations in those countries that do not have national CAB associations (Albania, Kosovo and Montenegro) were also discussed. Since the Croatian Laboratory Association (CROLAB) is the only EUROLAB member in the region, Štefica Cerjan Stefanović, CROLAB Chair, spoke about her experiences. Moreover, Magdalena Trajkovska Trpevska, MAKLAB (Macedonian Laboratory Association) Chair, shared her experiences with the present delegates.

Another topic that was discussed pertained to the role of NABs, NMIs and ministries when it came to the operation and organisation of associations in order to have a balanced participation of competent authorities in the operation of independent CAB associations. The largest number of CAB association members originates from accredited laboratories, inspection and certification bodies.

Workshop delegates put a special emphasis on the necessity to attain cooperation and experience exchange between national CAB associations in the region to mirror the growing intensity of cooperation between CABs. A need to establish a regional association was also discussed, but the conclusion was that that step would be premature, while the first step would be to strengthen the cooperation between national associations through increased number of joint conferences for the members or by inviting CABs from the region to participate in the conferences (seminars, workshops, training sessions) organised by national associations, especially in those countries with no language barriers. 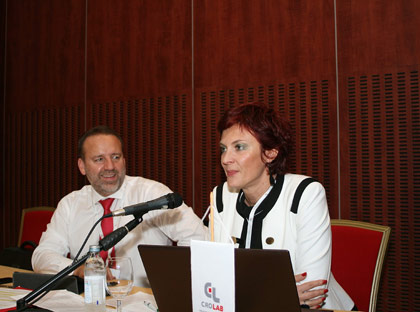 Snježana Pupavac MSc, Chair of the ATS Management Board 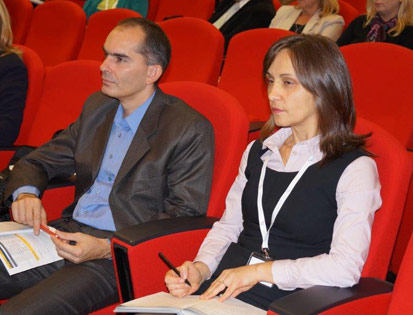